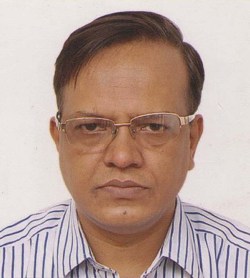 Mr. Devendra Kumar Singh joined the National Human Rights Commission, NHRC, India as its new Secretary General on 2nd May, 2022. He is a Kerala Cadre Indian Administrative Service officer, of 1989 batch. Prior to joining the Commission, he was holding the charge of Secretary, Union Ministry of Cooperation.

Mr. Singh has done M.Sc (Applied Geology) from IIT, Roorkee and MPhil in the same field from the JNU, Delhi. Later, he did MBA (Public Policy) from International Centre for Promotion of Enterprises, ICPE Slovenia.

As an IAS officer, he held several important assignments both in Kerala Government and the Centre. His last assignment in the Government of Kerala was Agricultural Production Commissioner and Additional Chief Secretary (2018-2020). He has worked as Secretary (Fisheries, Animal Husbandry & Dairying) and Principal Secretary (Agriculture). He also worked as District Collector, Wayanad (1996-97) and Kollam (1997-99) besides working in Department of Health and as Additional Resident Commissioner, Kerala House. He has worked as Sub Collector in different subdivisions (Thrissur and Fort Cochin) during 1991-95.

While on Central deputation he held important portfolios in the Ministry of Home Affairs as Deputy Secretary (North East Council) (1999- 2004) & Ministry of Commerce as Additional Director General (Foreign Trade), Directorate General of Foreign Trade, New Delhi (2011-2016). Subsequently, he worked as Chairman, Agricultural and Processed Food Products Export Development Authority (APEDA)(2016-2018). During the COVID period he was posted as Additional Secretary and Development Commissioner in the Ministry of Ministry Small, Medium Enterprises (MSME) in May, 2020. Subsequently, he was posted as Secretary, Government of India in the Ministry of Cooperation on 24th September, 2021 before assuming the charge of Secretary General, NHRC.

He has won several awards, some of which are as follows:-

4. Awarded Roorkee University Gold Medal for securing 1st position in the University in the Applied Geology (1985).