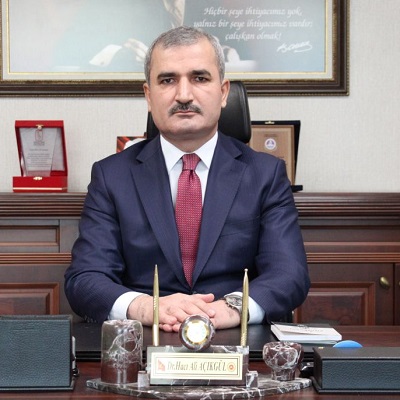 He started his career as public prosecutor and served in different cities across Turkey between 2001 and 2006. He appointed as reporter judge to the Ministry of Justice in 2006, Deputy Head of Department of Human Rights in 2012, and Head of Department in 2014. He is serving Turkish Government co-agent before the ECtHR.

He is a member of the Steering Committee of Human Rights (CDDH) in the Council of Europe and he has been regularly attending its meetings since 2014. He has some publications on Human Rights including freedom of expression. He is the owner of the Human Rights Journal. (http://inhak.adalet.gov.tr/dergi/dergi.html).

Dr. Acikgul is member of OIC-IPHRC since March 2019. During the 16th Session of OIC-IPHRC held between 24th and 28th November 2019, he was elected as the Chairperson of the Working Group on Palestine.

Dr. Acikgul is married and has two children, currently resides in Ankara and can be contacted at h.ali.acikgul@adalet.gov.tr and hacikgul@hotmail.com.