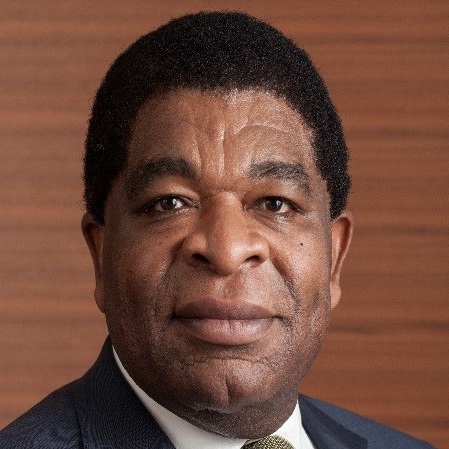 Secretary General of the Inter-Parliamentary Union

Martin Chungong made double history in 2014 by becoming the first African and first non-European to be elected as IPU Secretary General.

He has more than three decades of experience and knowledge of parliaments at national and international levels. He has dedicated his professional life to promoting and building democracy worldwide.

After 14 years working in the Cameroonian Parliament, he spent more than 20 distinguished years within our organization before being elected IPU Secretary General—the eighth person to hold the position. He had previously served as Deputy Secretary General and Director of Programmes.

He has become a leader in his field through his work on developing programmes to help parliaments become more transparent, accountable, representative and effective democratic institutions.

Martin Chungong has further contributed to establishing governance benchmarks to strengthen democracy, as chair of the Management Committee on Accountability of the Organization for Economic Cooperation and Development (OECD) Governance Network.

He has also built an impressive portfolio in the promotion of dialogue and conflict resolution, issues that remain at the heart of our global work. His focus on helping countries emerge from conflict or in transition has been widely acknowledged by our membership and partners globally.

Since 2012, Martin Chungong has made a push to strengthen parliamentary engagement on sustainable development and accountability through his role as Parliamentary Representative on the Steering Committee of the Global Partnership for Effective Development Cooperation, an international group which helps nations, business and organizations work better together to end poverty.

He is also leading IPU’s work to dramatically reduce maternal and child mortality rates through effective legislation and its implementation, as well as ensuring governments’ accountability to international commitments in this area. He was also appointed by the UN Secretary-General as one of the global leaders committed to fighting malnutrition through the Scaling Up Nutrition (SUN) Movement.

A linguist by training, Martin Chungong speaks English, French and Spanish.  He holds degrees from both the University of Yaoundé and the University of Ottawa. He has been made a Chevalier de l’Ordre de la Pléiade, an honour awarded by what is now known as the International Organisation of La Francophonie to people who have distinguished themselves in the service of its ideals of cooperation and friendship.